Today is Batman day. I grew up in the 1960’s watching this show. It was inspiring that he took the murder of his parents and became a super hero protecting the innocent and catching the bad guys. A LemonadeMakers story.

When my kids grew up they loved all of the super hero’s that would go out and catch the bad guys. My son Seth was a huge Superman fan.

We have an extremely successful movie franchise going on for the past few years with the comic book super hero’s with Captain America, Iron Man, Thor and so on.

The Stars Wars Saga brings us hero’s that bring down the villains who are the dark side of the force. My oldest son was around 2 when it first came out. He sat mesmerized by the movie and didn’t move until the movie was over. He kept saying, “good show mommy, good show daddy”

What is the attraction?  ‪Truth‬, ‪justice‬ and ‪the American way‬? I think that we all want to be an ‪everyday hero‬. I think that what attracted people to Batman, is he didn’t have a super power, but he used tools to take down the bad guys. It made it seem that anyone could put on a suit and make a difference. Is that the attraction, making a difference? I think so. 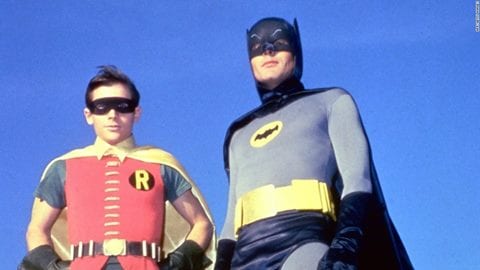 Set Your Priorities
Sing And Dance The Wild Woman's Song
Keep Going. Everything You Need Will Be Provided With Divine Timing
thoughts