Strong Women Value Themselves and Each Other 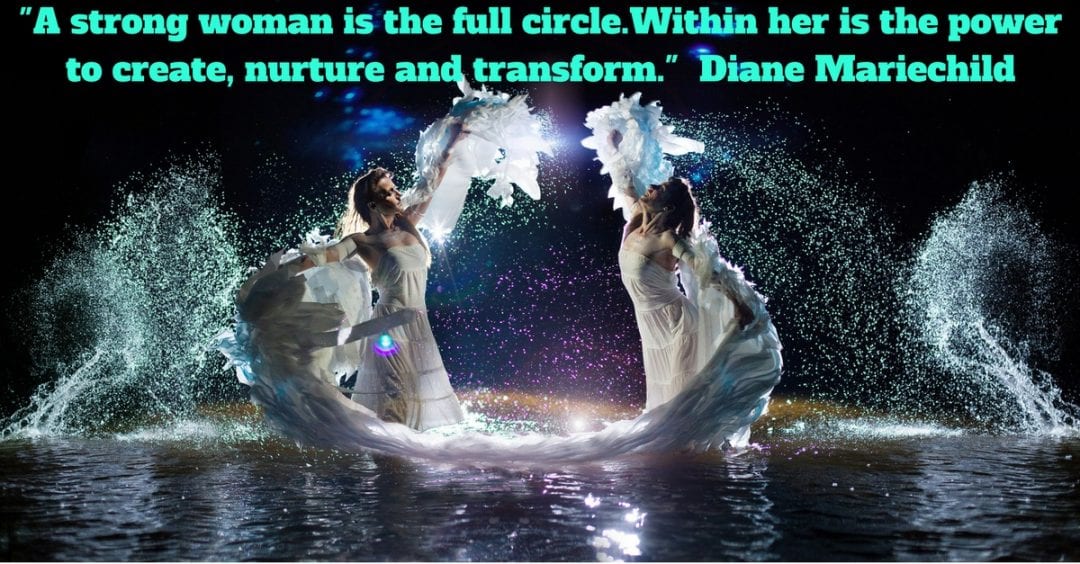 The devil whispered in my ear, “you’re not strong enough to withstand the storm.”  Today I whispered in the devil’s ear, “I am the storm”.

We are all stronger than we know or think we are.  I come from a long line of strong pioneer women.  My great, great grandmother came across the Oregon Trail as a young girl.  The wagon train that her adopted family was part of was attacked by Indians.  She was adopted by the tribe and given to an Indian brave that she had two girls with.  One day a French Canadian trapper saw her and offered to take her back to the white people.  My great grandmother was hidden in an oak barrel for two days scared that if she made a sound she would be killed.  When she reached Oregon and the white people my great grandmother suffered the prejudice of being a half breed.  Her mothers tale was one of rescue, her tale was something else.

In my own life, my parents were divorced when I was four because my mother had an affair and became pregnant with another married mans child.  She moved us around a lot and it wasn’t until I was in high school that I went to the same school the entire grade.  She was married five times and had numerous other relationships looking for something outside of herself, to fill the hole within.  At one point when I was thirteen years old we were homeless because we had no where to go when her current relationship failed.  That was when I knew that my life would be different.  She taught me that you couldn’t find anything outside of yourself to fill the need you had inside.  It had to come from within.  Even though she made a lot of bad decisions, she was the strongest woman I have ever known.  I come from a long line of strong women.  This is what they taught me:

Above all, be the heroine of your life, not the victim.

Strong women know that sometimes we just need to sit with the questions until a direction is clearly revealed.

Strong women can sit with another woman in the silence without needing to say anything to break the tension.

Strong women know that when another woman is venting she doesn’t want anything to be fixed, she just needs someone there to witness the removal of the splinter that is causing her pain.

Strong women know that they must make their own light. And if as it sometimes happens that their light goes out, another sister will be there to share hers, until we are strong enough to relight our own.

Strong women know that when the light goes out, we are facing the day, when we question everything. When something so tragic happens that all of our foundations crash into dust.

This is the day of transformation which strips away the old way of being. Rising like a phoenix from the fire, we are reborn, fully transformed.

No longer trying to be what others want us to be, we accept “us” without reservations or restrictions.

Strong women know that when you stand strong for yourself, you are standing strong for all of us.  When this belief is fully understood and lived, incredible things happen.

We value who we are, no matter what anyone else thinks.
We forgive ourselves completely.
We trust ourselves wholeheartedly.
We are brave enough to love ourselves just as we are, perfectly imperfect.
We empower ourselves to fully embrace our intuition.
We begin to live our life being the wonderful creation we are.

We fully realize the power of being a goddess, and that nothing can hurt us or stop us, except us.

A strong women doesn’t hold back either the laughter or the tears, because both cleanse the soul.

A strong women doesn’t apologize for knowing how to be both soft and powerful.

A strong women in her essence, her entelechy, is a gift to herself, to her tribe, and to the world.

I choose to be kind because it makes me happy.  But I will defend my boundaries and my loved ones without hesitation.  Make no mistake:  I am fierce.