Remove The Boundaries And Make Your Dreams A Reality 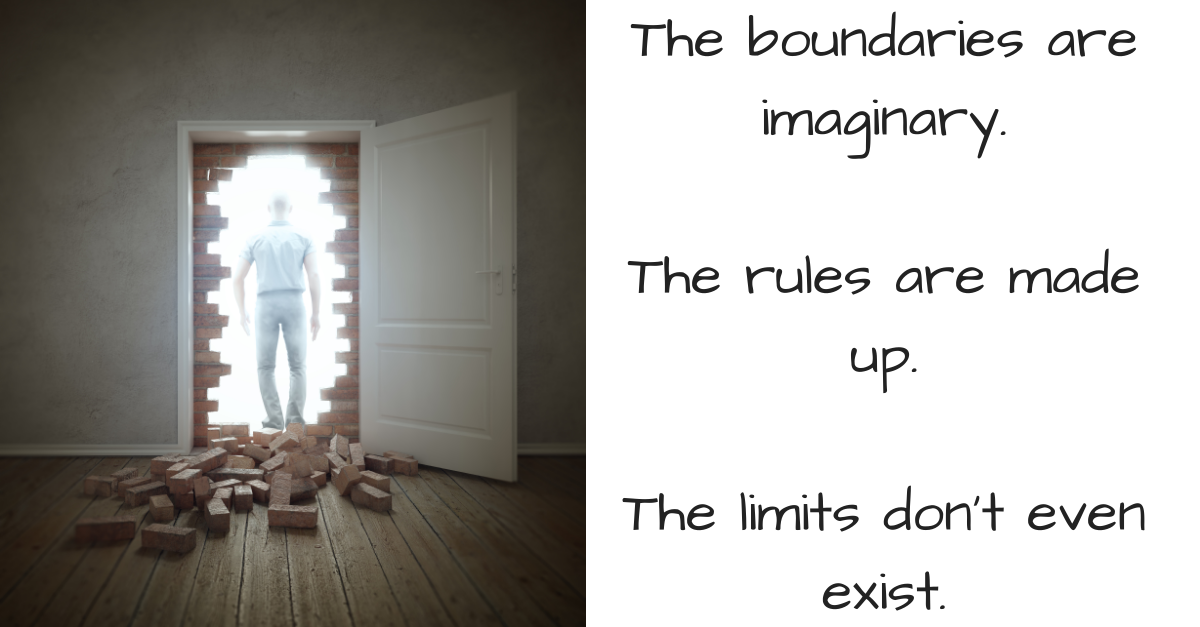 In 2013, in Oregon, teenage sisters Hanna (age 16) & Haylee (age 14) lifted a tractor to save their father pinned underneath.

In 2015, in St. John’s, Newfoundland, Nick Williams lifted a four-wheel-drive vehicle to save a young boy pinned beneath its tire.

In 2015, in Vienna, Virginia, Charlotte Heffelmire was able to momentarily use incredible strength to free her dad from a GMC pick-up truck.

What do these three things have in common?

They are what you call miracles, extreme feats of strength. Adrenaline on overload. What they demonstrate is that the rules, boundaries and limitations don’t exist.

Why? Because you can blast through them, when you don’t stop to think about it. These examples show people who did something their logical minds would have told them was impossible. But because someone they loved was in danger, they did the impossible. 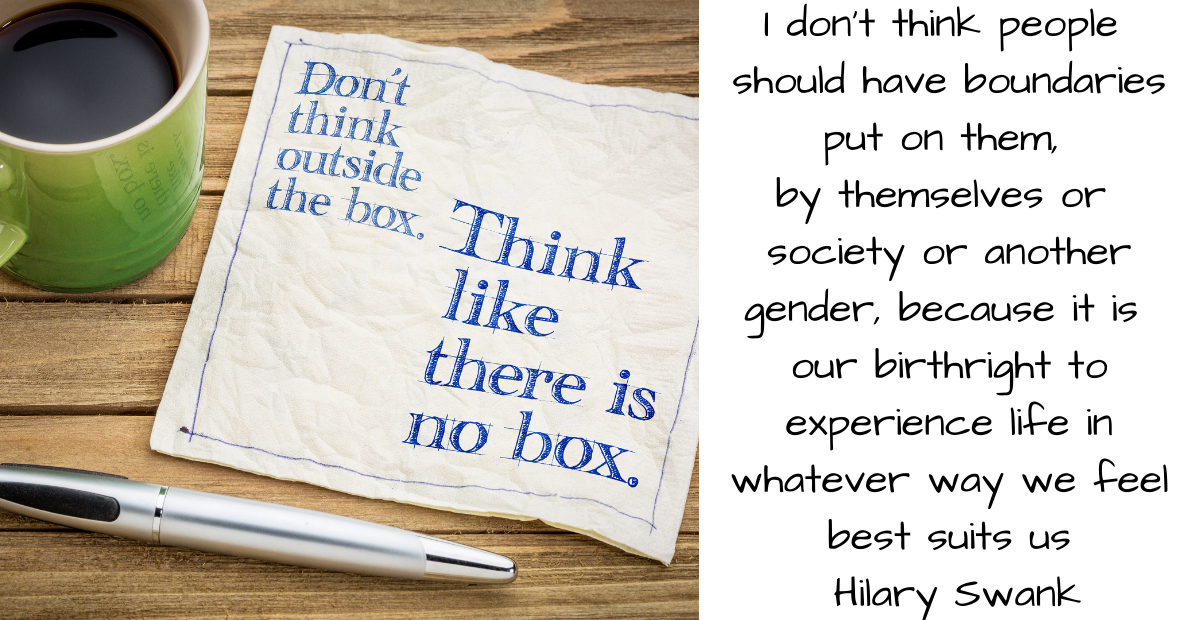 There was a commercial at Super Bowl XLIX for Always #LikeAGirl. In the video an adult female shows them what it’s like to run like a girl, then a young female teen, and preteen female and last a little girl. The older girls ran in an unreal way that was weak and ineffective. The younger girls ran as fast as they could. The commercial highlighted the fact that most women when they hit puberty, take in limitations to what they can do and be.

As teenagers, in order to fit in, you started holding back on what you were capable of.  75-80% of your negative thinking patterns come from negative beliefs that you have made up about yourself.

When I started school, I was four years old, turning five in November.  I entered first grade, because my school didn’t have a kindergarten.  So, I was very small and always 1-2 years younger than everyone else in my grade.

I was chosen last for any sport activity.  I formed the belief that I wasn’t good at sports.  Because of this belief, I never tried.  To this day, I am not active in any sports.  This is just a belief, and only my reality as long as I let it be. 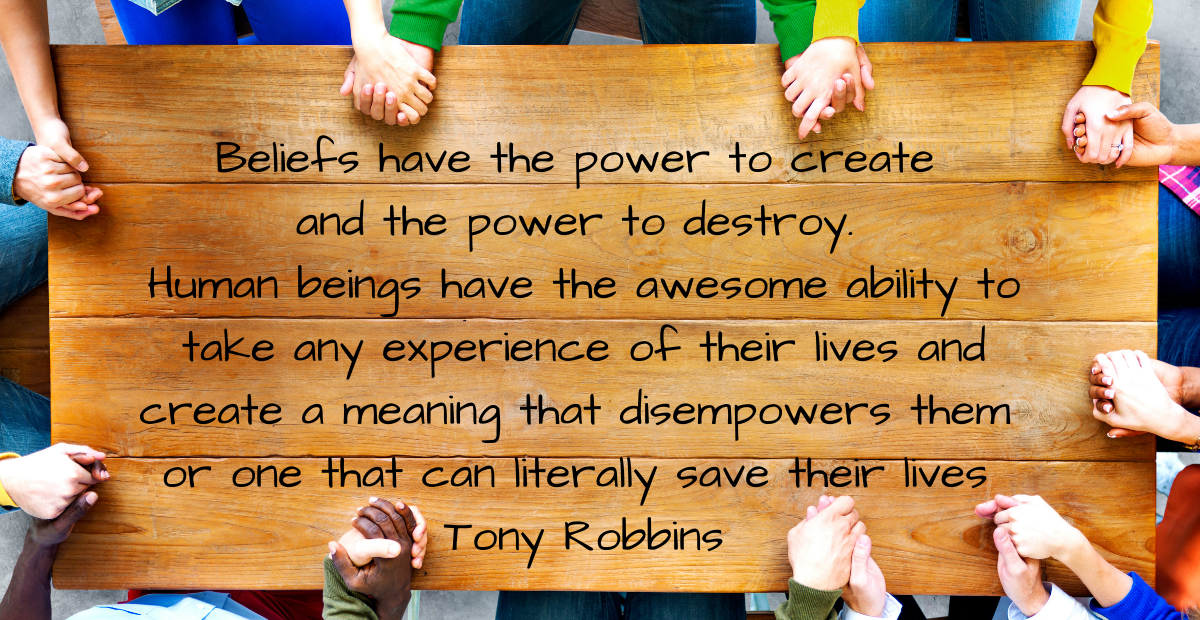 Ernestine Shepard, is a body builder.  She believes that age is nothing but a number.  Because of that belief she is doing some amazing things.  When she was 56 years old she decided to become a body builder.  In 2010 she entered the Guinness Book of World Records as the oldest female body builder.  At 83 years old she is still going strong.  “I am out running/walking at 3:30 a.m. in the morning with a group of people, seven days a week,” Ernestine told the Miami Times. “I eat very healthy and eat five meals a day every day. My gym schedule consists of going five days a week and doing a variation of 100 sit-ups per day.”

She has been on Oprah and recognized throughout the world for what she is doing. She teaches an Energy Fitness Class at a gym.  She has a video created by Prevention Magazine.  She is an excellent example of how it is never to late to take a negative belief about yourself, and break through any self imposed limitation with a new positive belief.

“Don’t limit yourself.  Many people limit themselves to what they think they can do.  You can go as far as your mind lets you.  What you believe, remember, you can achieve”  – Mary Kay Ash

All of us continue to allow limitations to rule our lives as adults. Some limiting beliefs are conscious and some unconscious. You need to realize that it is all just an illusion, a false belief of your imagination.

At one time there was a saying that if God meant for man to fly, he would have been given wings. The Wright Brothers refused to allow that limiting belief keep them from their dreams.

Your beliefs challenge you to get creative.  You can choose to rise up and create what is needed to be successful.  Failures come when instead of rising up, your mind creates road blocks.  Your mind comes up with all of the perfectly good reasons why it can’t possibly work.  Why you are “not enough” of something to make it happen.  This path of limited thinking leads to failure. 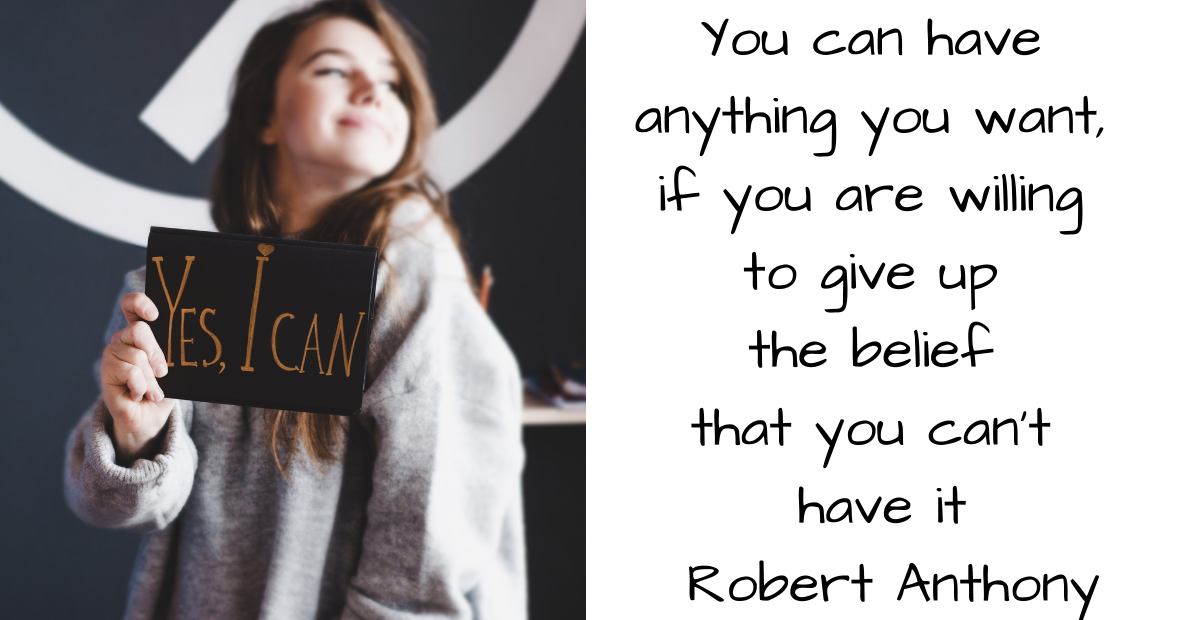 People with boundary problems have distorted attitudes about who is responsible for failures in their life.

The excuses list could go on and on.   The truth is that you have built boundaries all around your excuses and painted yourself into the proverbial corner.  The corner is limiting, but it feels safe.  You lack the courage to step over the line and actually risk pursuing something you want.  You are just plain afraid of any change in your life.  It happens to everyone all the time.

If you accept a limiting belief, it will become your truth.  What walls have you built over the door of opportunity that you are ready to blast into bits? What limiting belief are you ready to let go of?

Share with us your limiting belief that you are letting go of.   Your share will help all of us to do the same.