Do You Have The Courage To Fulfill Your Dreams? 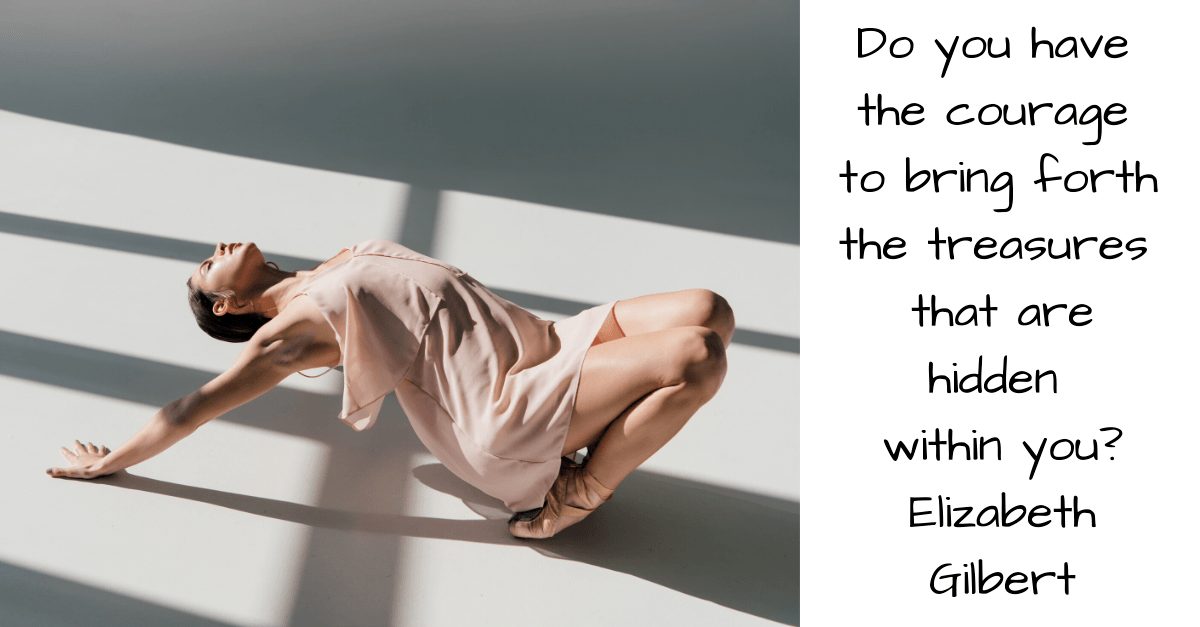 “If your dreams don’t scare you, they aren’t big enough”  – Unknown

Is it failure or part of the divine plan?

In life many things don’t happen the way we plan them.  In a lot of cases what seems like failure is actually part of the divine plan.  Years ago I walked away from a pretty secure job because I was promised the opportunity for advancement at another company.  I took on the responsibility of completing a manual of guidelines for the new company because the person they had hired for it wasn’t getting it done.  I had never written anything before other than papers for school.  I figured that I could simply expand that knowledge into something new and I did.

Then shortly afterwards the market turned and I was laid off.  Because the market had slowed down in Southern California, there weren’t  any jobs available and we ended up having to relocate back to the Seattle area for me to find employment.  I had berated myself for leaving the previous company; for believing the owner of that new company; for the market turndown.  I had beat myself up pretty badly.

An interesting thing happened in Seattle.  The Savings and Loan I was hired to work for hired me in the advanced position I wanted.  The S&L needed a servicing manual and I had the experience to write it.  I was also hired to teach a course for loan processing and underwriting at South Seattle Community College and Renton Voc-Tech.  All things I wouldn’t have had the courage or opportunity to reach for if I hadn’t made that job change back in California.

I believe it was all part of divine planning.  Can you think of such examples in your own life?  Times when what you planned shifted and changed into what you thought was failure, but was actually part of the plan all along?

Of Caterpillars and leaps of faith

It is in seeing the beauty of your dreams that you are able to get back up after you have failed.  Finding your life purpose and then bringing it out into the world isn’t an easy journey.  While your soul will not give up, your mind is constantly entreating you to give up.  Seek the peace of sleep.  Take it easy.

It’s a constant tug of war between mind and spirit.  When your soul is inspired it sets you on fire.  You find yourself doing things you never would have dreamed it was possible to do.  Every negative thought your mind produces is shot down.  Like the caterpillar you have the push to transform beyond any understanding.

Like the caterpillar you learn new skills, building a space in which to transform.  That is what goals and dreams are all about – change and transformation.

You have this yearning to be something different from what you are currently being.  You have these feelings that you can’t really put words to.  You just know that you have to do it.  Can you imagine the caterpillar building a chrysalis and then standing back and judging it as not being good enough?  That the caterpillar would just turn away and forget the whole transformation thing?

He is so involved with using these skills – skills that he didn’t even know he was capable of learning, that he is taking a huge leap of faith.  A leap of faith that what he has built, is what it is supposed to look like and feel like.  He trusts his divine inner guidance and forges ahead.  He trusts that what he is becoming will allow him to transform his outer being in such a way that he will fly.

Where does such trust come from?

You know down deep in your heart and soul that you will never regret giving everything you have to accomplish your dreams.  You know that giving your best effort and then digging down to bring up that tiny bit of extra you didn’t know you were capable of will be worth the cost.  How do you know this?

Because you see everywhere examples of where other people have done just that.  They worked stuff out, no matter the cost.  It’s not a one size fits all world.  It’s through trial and error that we work stuff out.  You have a secret weapon.  You figured out that in every single change, rather than judging it as good or bad, you see the possibilities rather than the problem.

That’s what the loss of a job in Southern California and the wonderful opportunities that opened up in Seattle taught me.  In every single change, there is a long hallway.  A hallway with all of these doors of possibility open and inviting you to step through.  That is where is courage comes into play – stepping through the door and into the possibilities.