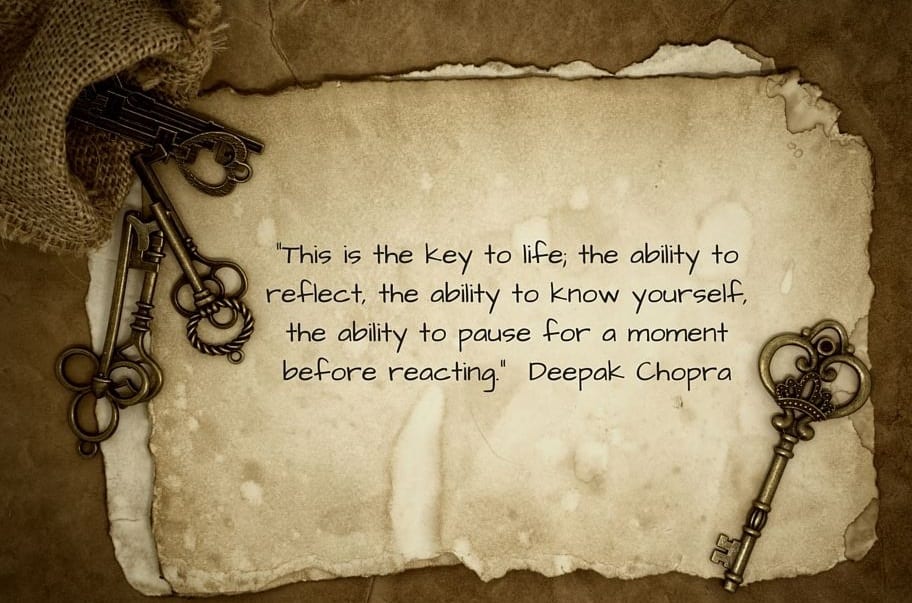 “Your life is yours to live, no matter how you choose to live it.  When you do not think about how you intend to live it, it lives you.  When you occupy it, step into it consciously, you live it.”   – Gary Zukav

Take a moment to think about this past week in your life.  How many things are habitual that you do?  How much of your life is lived on autopilot?  You get up in the morning, shower, brush your teeth, . . .  daily habits that you don’t think about if you should do or not do.

How much of your life is lived consciously?  Can you say like Alice in Wonderland, “I knew who I was this morning, but I’ve changed quite a few times since then?”

There is a saying that we have two ears and one mouth, because we are supposed to listen twice as much as we speak. I think that this ability to listen also applies to listening to our inner voice. I know that this is something that I constantly practice. 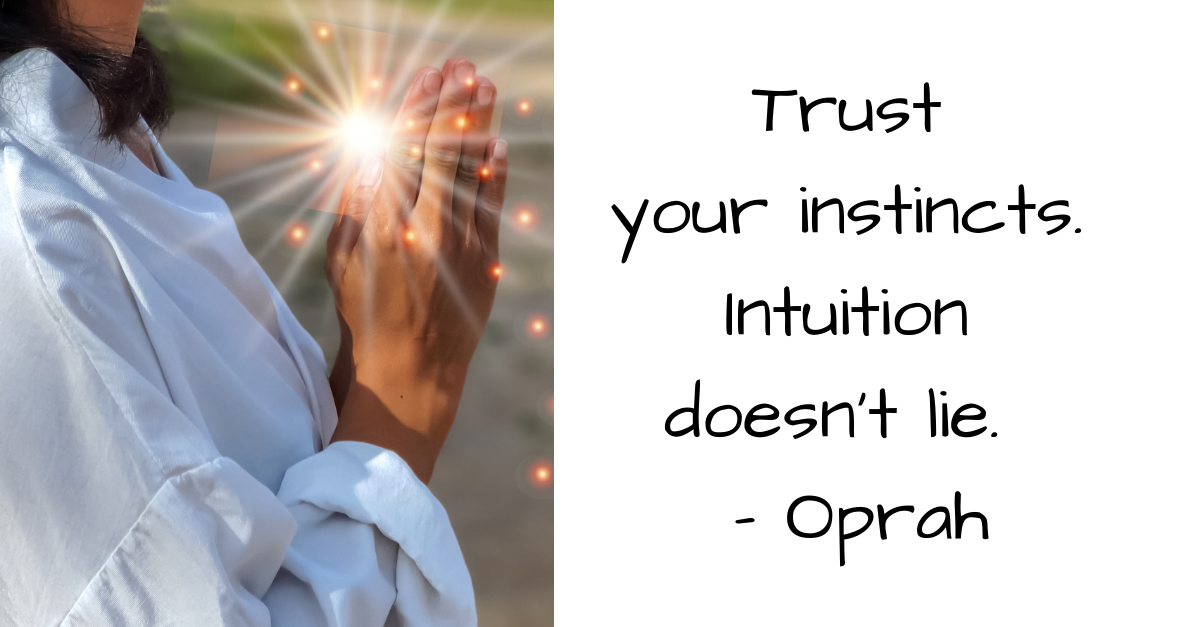 Do you ever have that nagging feeling as you are walking out the door to go to work or run errands? That feeling that you are forgetting something, but can’t think of what it might be? Do you run down your mental checklist and don’t see anything that you have forgotten? Then later, something happens and you realize what it was you forgot? Happens to me all the time. That is the inner voice talking, but not being listened to.

It is the same voice that tells you stay away from that person – you know the one that makes your skin crawl? It is like a radar warning you away from danger or from a bad relationship. Have you ever pushed that voice down saying, “there is nothing wrong with this person” to yourself, only to regret later not listening to it? 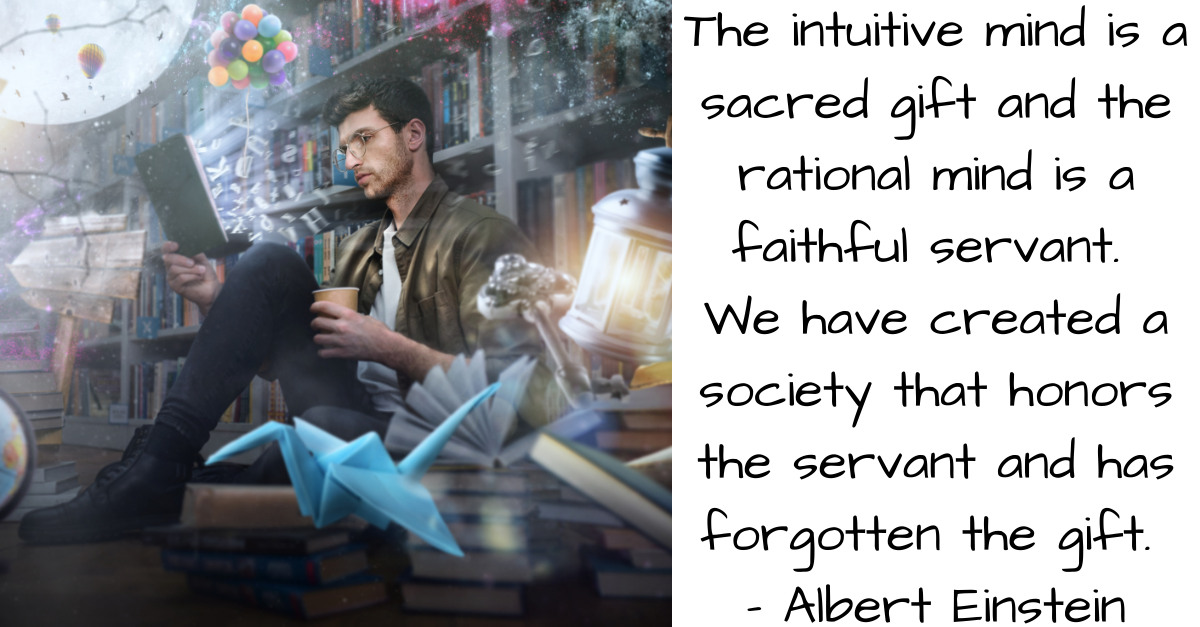 When I worked for a major bank in San Diego years ago I had that feeling about a new hire.  I was a mortgage loan supervisor at the time, and every new loan would come across my desk and I would assign the set up clerk and loan processor for the file.  This new hire literally made my skin crawl.  I told the branch manager that there was something majorly wrong with this guy, but he passed the background check, so that was all he cared about.  So I went through each new loan submission this guy turned in and rejected almost all of them as having something wrong with the documentation (translate loan fraud).

Our office was on the 15th floor facing the freeway.  There was a side road that ran along the freeway and one afternoon everyone was at the windows watching something going on down below.  When I went to see what was going on, this loan officers Porsche was alongside the chain link fence next to the freeway and it was on fire.  The fire department was there and as they were shooting water at the car, I could see these funny sparks shooting out around the vehicle.  Pretty soon I saw the police arrive and they handcuffed the loan officer and put him in the back of the police car.

Turns out he had several hand guns and rifles in the trunk of the car along with ammunition.  It was live ammunition going off that was creating the sparks.  It was a few days before he came back to work, and he was fired.  I never let my branch manager forget that I had told him that there was something wrong with that guy.  Sometimes we just know intuitively when something isn’t right.

“Problems are the gifts that make us dig out and figure out who we are, what we’re made for, and what we’re responsible to give back to life.”  – Tony Robbins

This inner voice is the key to having a life of transformation that doesn’t throw you into “dark night of the soul” transformation. When you listen to this voice, reflect on what it is trying to tell you you can save yourself a lot of trouble.  I love Tony Robbins quote because it puts a slightly different spin on knowing yourself.  You need to understand your place in this world, in order to figure out what you are responsible to do with your life.  The biggest changes you have made in your life usually come out of the biggest challenges.  It shows you who you really are when you pull back the curtains and stop pretending to be the “All Powerful Wizard”.  It shows you how to pay it forward and do good with your life. 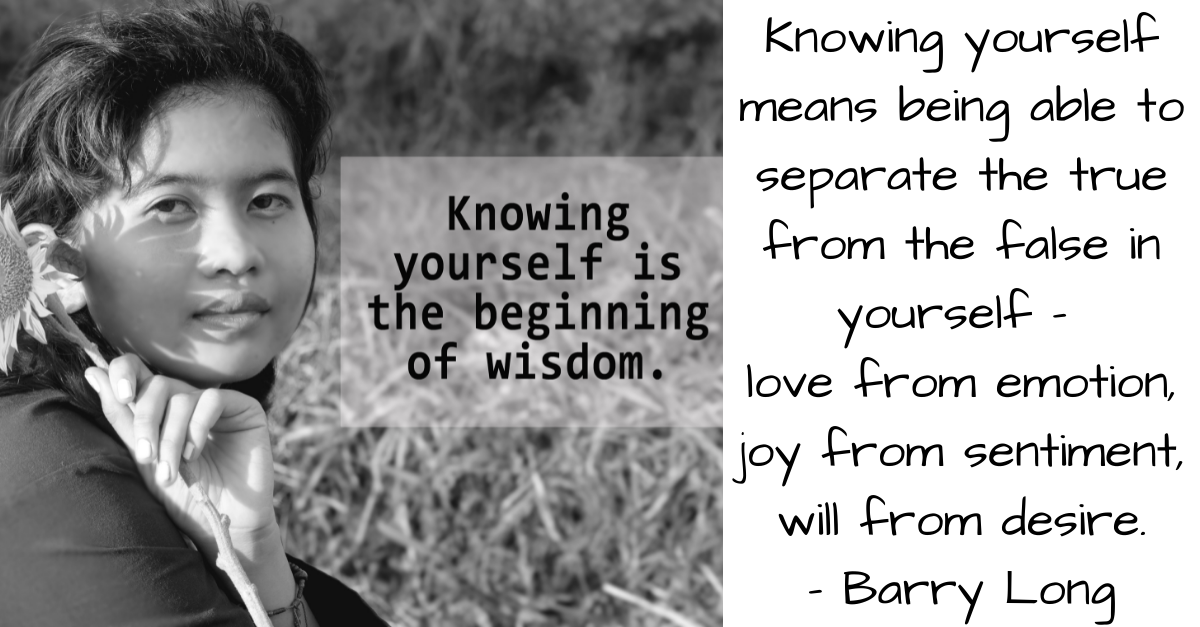 I am sure that most of us have heard of the saying, take 10 deep breaths, then talk. It is critical that you pause before reacting. What is so important about taking the deep breaths, is that it helps you step out of the whirlpool of emotions that you are drowning in.  You can step back and see from a less emotional viewpoint what really needs to be said, or done at that moment.  It allows you to reconnect the heart and mind, so that you can make good decisions instead of emotional ones.

“Knowing yourself is the beginning of all wisdom.”  – Aristotle

When I was growing up, there was a lot of yelling and fighting between my parents. It was one of the things that I used to say, “I won’t be this kind of parent when I grow up.” When my kids would do something that made me mad, the house rule was they had to go to their room. When I was done being mad, and able to have a conscious conversation about their behavior then I would go to their room and we would have a talk about what had happened.

It was part of my own self knowledge – I needed the time and space to disconnect from the anger or frustration in order to be the kind of person, the kind of parent I wanted to be.  Pausing, Reflecting and the Taking Action. 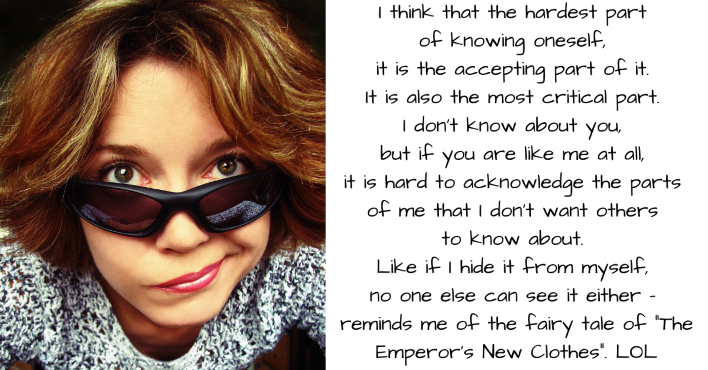