If Your Dreams Dont Scare You, They Aren’t Big Enough 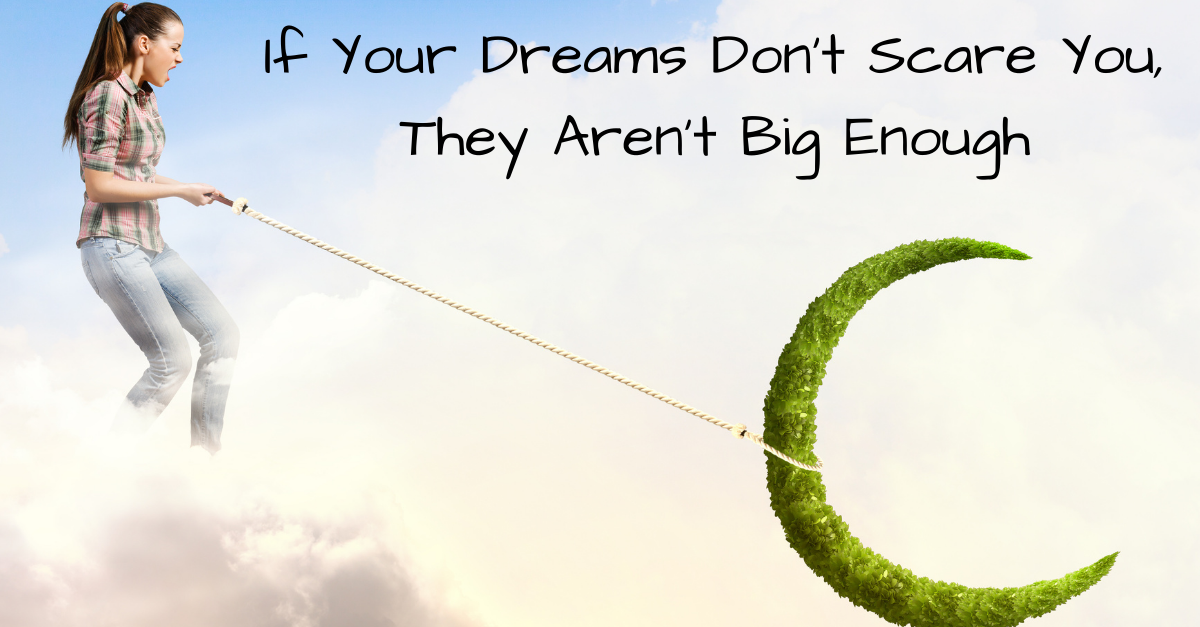 Never give up on what you really want to do. The person with big dreams is more powerful than the one with all the facts –  Albert Einstein

This is so important when you are looking at the big dream, because 99% of people will tell you all the reasons why it can’t be done.  What Albert Einstein was really saying, is that the big dreams lay outside of the box of rules on how things are done. 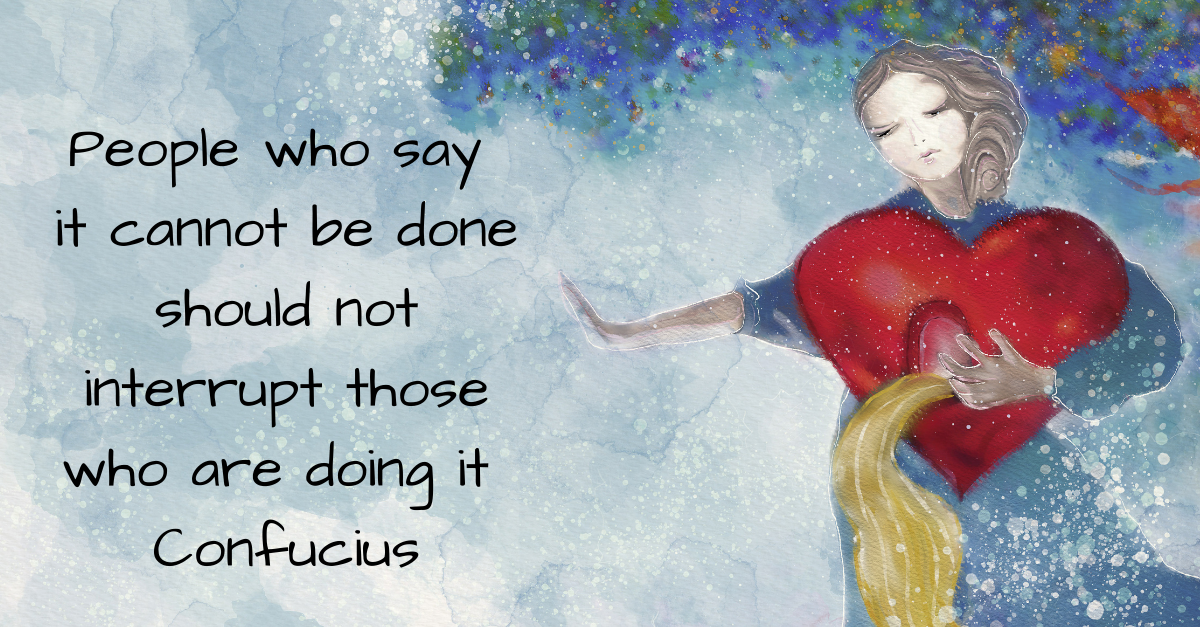 There is a true story about a pilot who was born without arms, and how she learned to fly with her feet at the controls. There is another story about a woman born without legs who surfs and skateboards competitively. These two women have big dreams and accomplish them because they believe they can find a way to make it work. They defy the odds. They don’t let missing arms or legs be a limiting factor to their dreams.

On “America’s Got Talent” there is the wonderful story of a young woman who lost her hearing as a teenager.  She was a singer and had big dreams of making it professionally.  She writes her own music, plays ukulele and sings beautifully.  She spent a few years raging against the world for taking away her dream to be a singer – then she figured out a way to do it anyway.

Janine Shepherd is a public speaker and author of several books including “Defiant: A Memoir”.  Shepherd had been an aspiring Olympic cross-country skier. She was nearly killed when she was hit by a truck during a training bike ride. Paralyzed and immobile for six months, she was given a grim picture for recovery.  Not only did she teach herself to walk again — she learned to fly — becoming an aerobatics pilot.  Her TED Talk is:  Janine Shepherd: How Can We Redefine Ourselves After a Tragedy?  Her story is amazing because she took her story and reformed it to continue to push the edges of her potential, not settling for the Janine Shepherd, disabled story.

The longer I live, the more I realize the impact of attitude on life.  Attitude to me, is more important than facts.  It is more important than the past, the education, the money, than circumstances, than failure, than successes, than what other people think or say or do.  It is more important than appearance, giftedness or skill.  It will make or break a company . . .  a church . . .  a home.  The remarkable thing is we have a choice everyday regarding the attitude we will embrace for that day.  We cannot change our past . . . we cannot change the fact that people will act in a certain way.  We cannot change the inevitable.  The only thing we can do is play on the one string we have, and that is our attitude.  I am convinced that life is 10% what happens to me and 90% of how I react to it.  And so it is with you  . . . we are in charge of our Attitudes – Charles R. Swindell

So, what are some tools you can use to lasso those big dreams into the barn? One suggestion is to have either a half day or full day block of time to write and brainstorm about the ideas on how to accomplish your dreams.

Another suggestion I read recently was to have what they called “implementation intentions”. We have all heard of intentions being set to bring something into your sphere of influence to assist you with a goal in your life. This is setting an intention with steps to implement the intention into reality. I have done this in my life without realizing what I was doing. 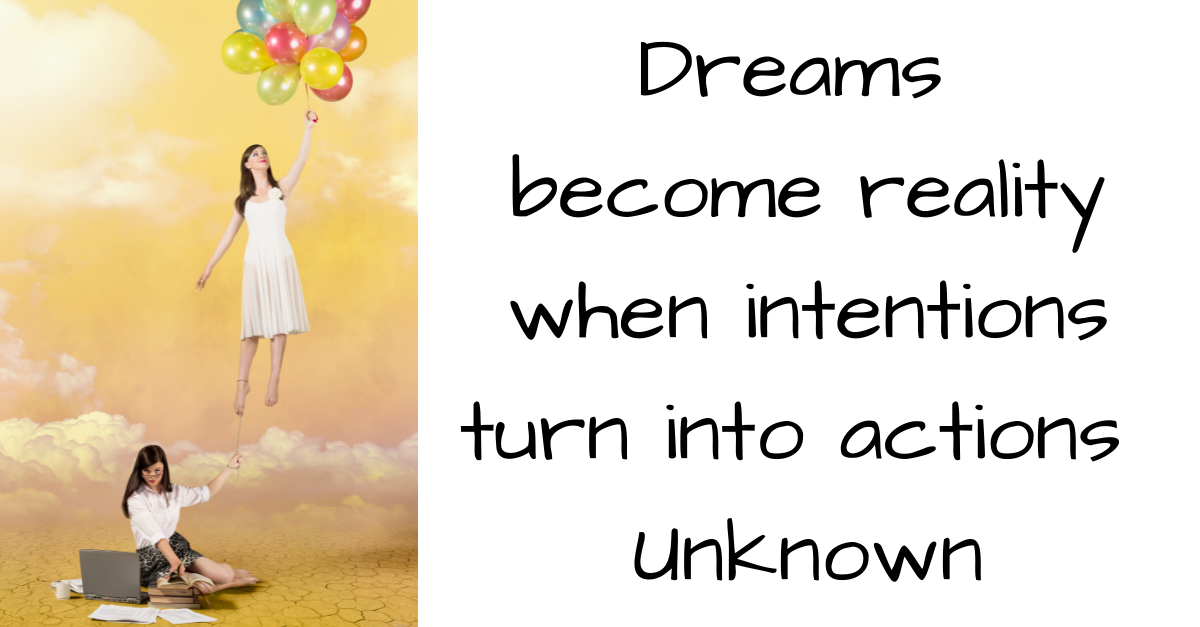 Years ago, one of my sons got engaged in the month of February. The wedding date was set for August and my goal was to save enough money to be able to pay for their honeymoon for them. I had it budgeted out and while it was a little tight, I knew that I could stretch and make it happen. Then in March they decided to move the wedding to the end of May. I looked at the numbers and I had no idea how I was going to be able to pay for it in less than 60 days.

I sat down and started writing out how happy I was that I had come up with a way to pay for their honeymoon. I wrote about how wonderful the wedding was and how much they enjoyed their honeymoon. I put every ounce of energy into the writing, with the words emoting all five senses as I wrote out how they loved Mexico – the sound of the surf, the smell of the flowers, the tastes of the spicy food. I expressed thankfulness and gratitude with every sentence.

After I finished the letter, I still didn’t know how I was going to do it, but I had my intentions pulling in all possibilities. About a week later I received a phone call out of the blue about a property that we have in Upstate New York. We owned a 10-acre parcel next door to our second home free and clear and the neighbors across the street wanted to purchase it for $17,000 and do a fast cash closing. With that money and what I had in savings; the honeymoon was paid for.

That was a big dream that scared me, because I had no idea when the date changed that I could make it happen. I still am amazed at the timing of how it all worked out. I think that this is how all of the really big dreams happen.

You start out with the idea; which becomes a goal; which becomes an implemented intention. You get really specific in your mind as to what happened and leave the how’s to the universe, while at the same time, using all of your tools to bring your dreams into reality. 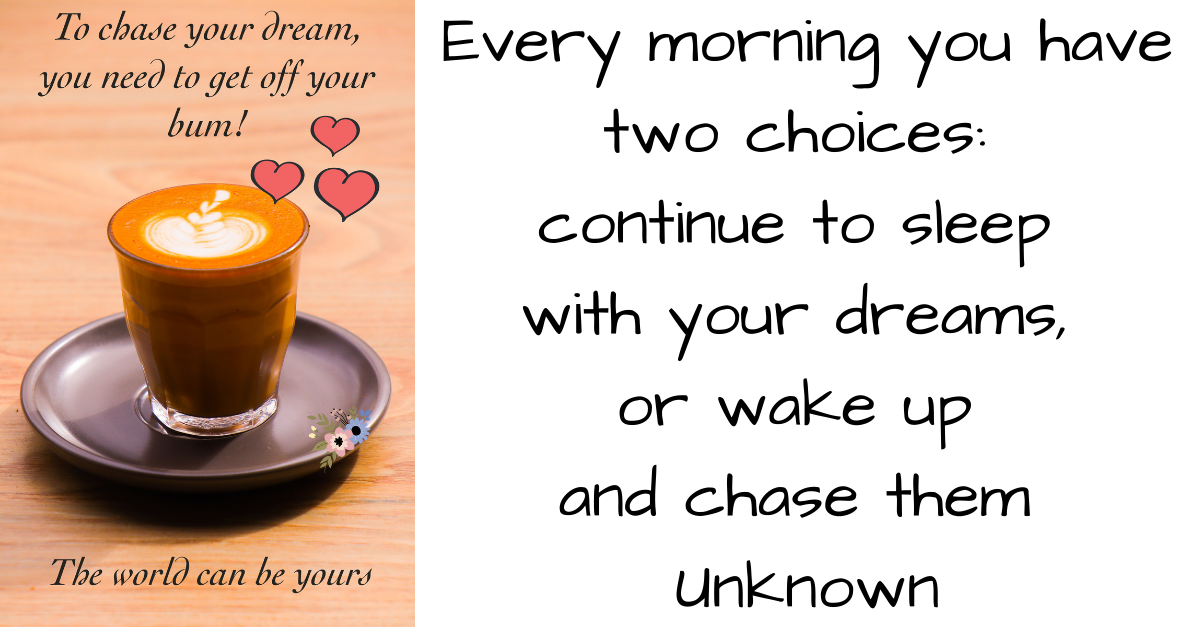 There is a Native American saying,

“Give thanks for unknown blessings already on their way.”

The goal is to die with memories, not just dreams of what could have been.