Who Are You Being? 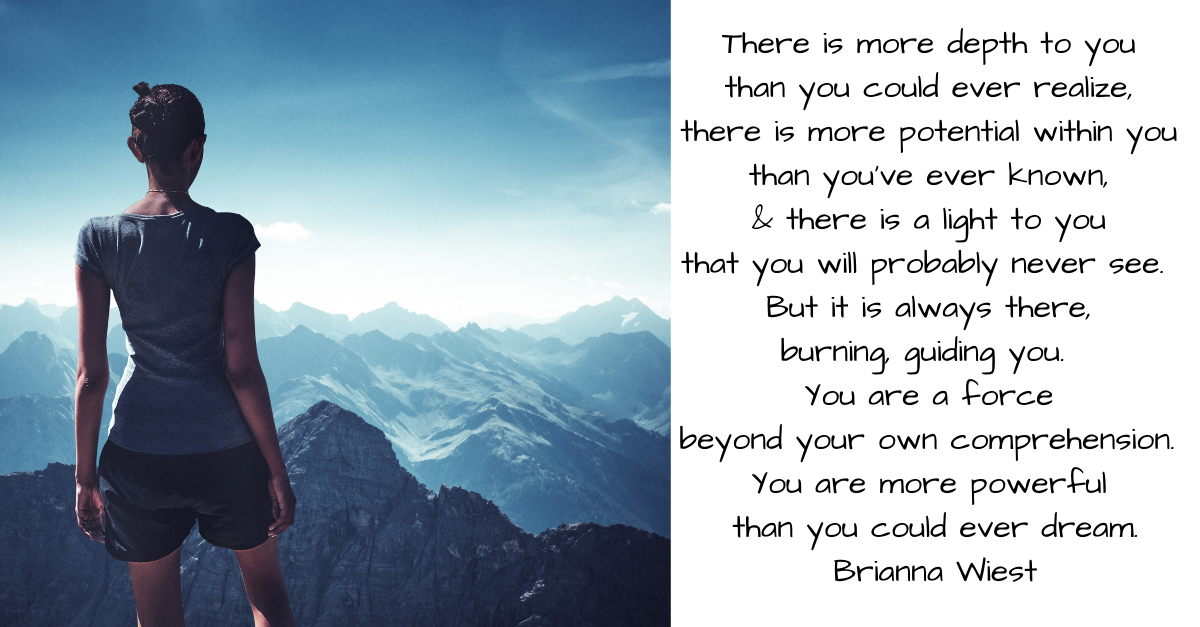 Sometimes a sentence can grab your attention and send you down a rabbit hole.  This sentence grabbed me and shook me awake.  “You have to stop just completing and begin living.”  I immediately thought of the difference between doing and being.

Doing is all about completing.  It is a “to do” list.  You complete the objective, tick off the box, and immediately start on the next thing on the list.  At the end of the day, you might be able to proudly look at a completed list, but the question begs to be answered – at what part of the day did you begin living?

What are the things you can shift in your life to make those changes easier?  How can you get off the treadmill of doing and start living the life of being.

“The highest level of creativity consists in being, not doing” – Marianne Williamson

Who or what are you becoming?  How you are being reflects how you are growing.  If you are too busy doing, then no growth is happening. 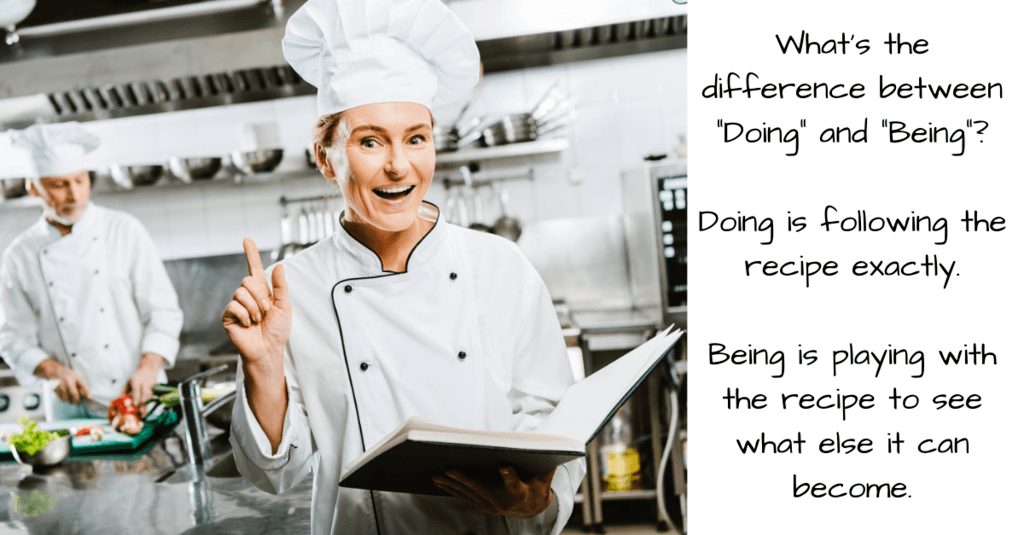 It begins when we enter school.  We are taught to excel at doing.  To give the answers they want, the ones in the book.  Creativity is frowned upon in most subjects.  If you espouse a different opinion on what the writer might have meant, it becomes the “wrong” answer.  I always thought it was funny, how someone other than the author could know beyond any reasonable doubt what the writer might have been alluding to.

This continues through grade school, junior high, high school and even the colleges and universities. A lot of very successful creative minds left college partly because their creativity was being squashed.  They all have the entrepreneur mindset.  They all have some things in common, which includes doing things different than the norm.  They look at what is, and wonder what else could be?

Oprah has said that she was hired for a T.V. news show as an anchor.  Unknown to her at the time, the other anchor didn’t want her on the show.  Several months later he got his way and she was demoted.  It was very devastating.  Within every “failure” there is a nugget of gold.  She lost her job, but her demotion put her into a talk show format.  She said that the minute she took on that show, she felt like she had arrived home.

That is a sign – when your “job” feels like home.  You know that this is what you are meant to do.  It is being a “creative”. 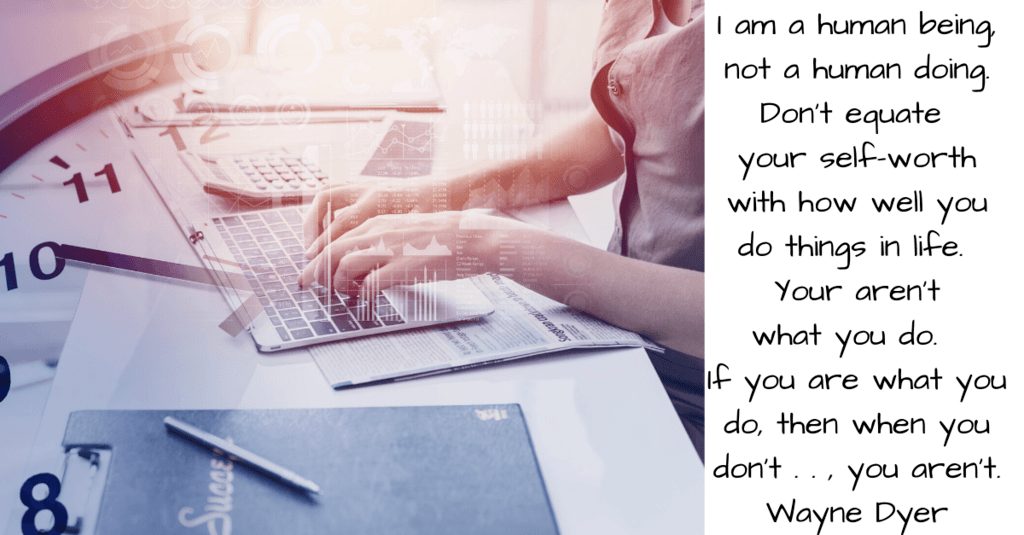 Steve Jobs found this out when Apple ousted him.  It took him awhile to recover “who he was” because he had become so identified with the company, that he had stopped being and was just doing.  It essentially created a mid-life crisis.  He was looking at all kinds of possibilities from politics to becoming an astronaut.  He went on to launch both Pixar Animation Studios as well as NeXT.

“I didn’t see it then, but it turned out that getting fired from Apple was the best thing that could have ever happened to me. The heaviness of being successful was replaced by the lightness of being a beginner again, less sure about everything. It freed me to enter into one of the most creative periods of my life,”  Steve Jobs

He then goes on to say pretty much what Oprah said:  “I’m pretty sure none of this would have happened if I hadn’t been fired from Apple. It was awful tasting medicine, but I guess the patient needed it. Sometimes life hits you in the head with a brick. Don’t lose faith. I’m convinced the only thing that kept me going was that I loved what I did. You’ve got to find what you love.”

This reminds me of putting batteries into something.  Batteries have a positive and a negative side.  If you put them in backwards, they don’t work.  It is only when the connections are correct that they “turn on” the item.

When you approach your life with “having – doing – being” you have the heaviness in your life.  You are pushing the boulder up hill.  You might make it to the top, but the success won’t be fulfilling.

It is only when you approach your life from the “being” first, then the doing and having come afterwards.  Then your batteries are fully charged and working to speed you up to the hilltop.  The success is fueled by your passion, love and creativity.  You are a human “being” loving all parts of your life. 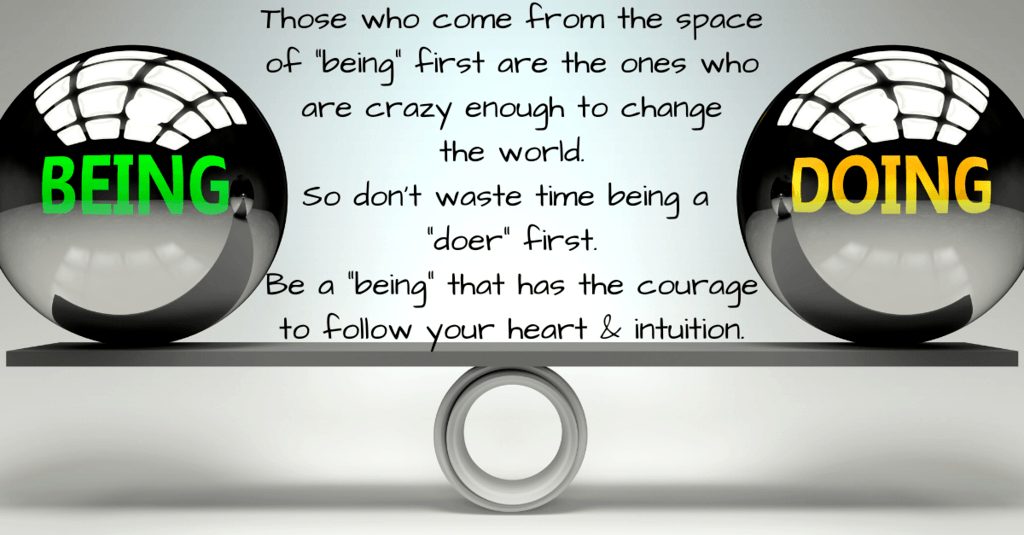 Both Oprah and Steve Job’s had failures.  Those failures led to connecting or reconnecting to “having – doing – being” in the right order.  You  have these wonderful talents,  They take the form of creativity, which becomes the doing part.  When you are living your life from the having your talents expressed through creativity, then you enter the being part of your life.  This is because you are living your divinely planned destiny in those moments.  The more of those moments you connect with in your life, the more on purpose you are.

It’s like you have these batteries not only installed correctly, but they are being recharged or fueled by your living the “having – doing – being” in the correct order.  You may not see it today, or even tomorrow as some things take a while to grow and mature.  But there will come a time when you look back and you will be awestruck how every little misstep, mistake, and seeming failure adds up to bring you exactly to where you are supposed to be.  In that moment, you will be so grateful that things didn’t go the way the mind planned, but instead the way the heart directed. 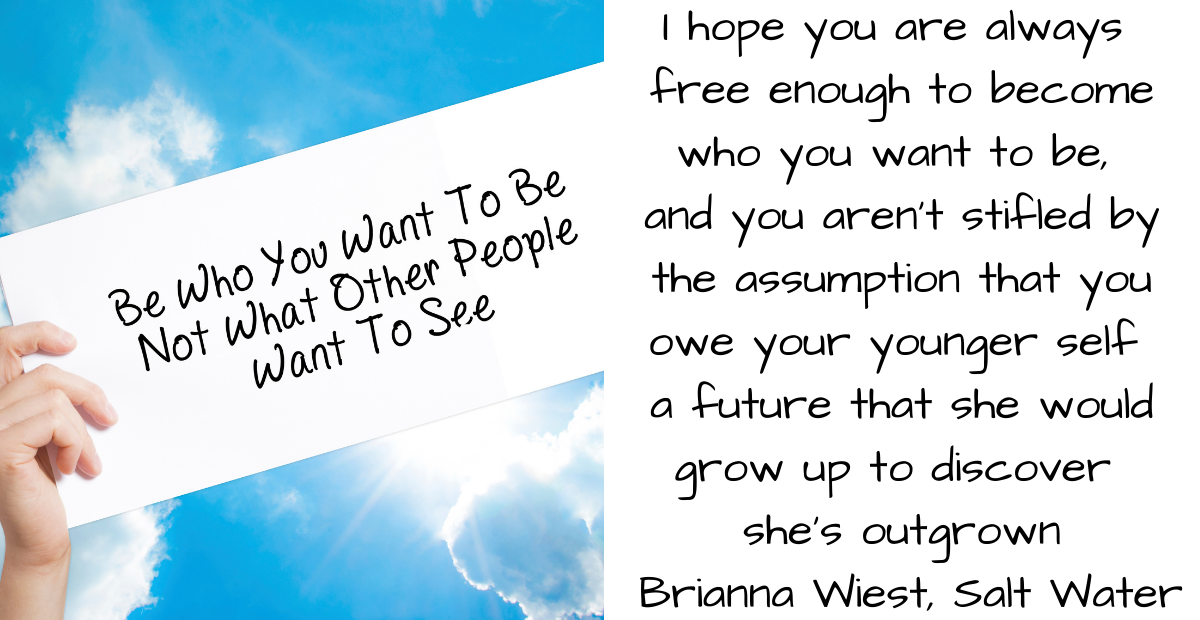