Category Archives for Passion and Purpose 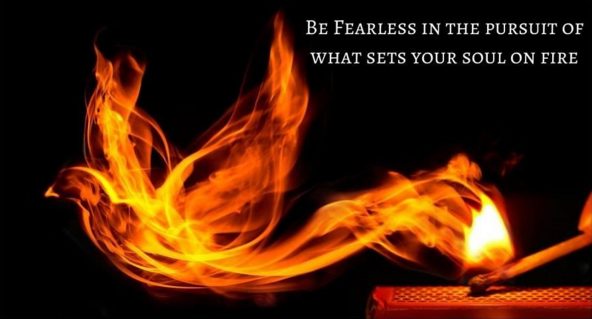 What sets your soul on fire? For me it is LemonadeMakers. This is a dream that I will bring into reality, no matter what the cost. Every year you can see examples in the CNN Hero Awards every year, of men and women who sacrifice everything that they have to make a difference in the lives of others.

“Success is not final.  Failure in not fatal.  It is the courage to continue that counts”  – Sir Winston Churchill

It started as all good stories start. There was a friendship that became love and then marriage. And then they had the good news that she was pregnant and the children they so desired to have was beginning. Then tragedy struck and she lost the baby. Determined they tried again and again, but they couldn’t get pregnant. They went through multiple doctors and all the treatments, and still no pregnancy.

This couple was not one to let their dream die. They were fearless in the pursuit of the souls dream of having children, and so they went to attorneys to adopt. They were encouraged to become foster parents to increase their chances, since adoptions are very hard to do. They became certified as foster parents and then the good news came. Their attorney had been contacted by a pregnant woman who wanted to give up her baby for adoption. They applied and they were CHOSEN!

But as all good stories go, that was not the end of the story. As the day arrived when the birth would happen, even though the mother had legally signed over her baby, she changed her mind. Devastated they applied to the courts to uphold the agreement, and then the mother disappeared with their daughter.

But of course our story hasn’t ended yet. The mother had gotten into some sort of trouble, and the baby was now in the foster care system. So once again, armed with lawyers and legal contracts they went to court. But the wheels of justice don’t always turn in the right direction. They had to battle, lose, and re-battle over a couple of years. They would get their hopes up only to be dashed on the rocks again and again.

Someone would give them new hope and every single time they were asked, “do you want to proceed?” and they would scream yes!!!, even though it might mean getting devastated one more time. Burned again and again, they still would not let go of the hope that their daughter would finally come home.

“My wish for you is that you continue.  Continue to be who you are, to astonish a mean world with your acts of kindness. . ,”  – Maya Angelou

When you have a dream that sets your soul on fire, you don’t let fears wash it away. You don’t let the winds of adversity blow it out. You don’t let anyone or anything, including your own doubts and fears cause the embers to cool. You blow on those coals until they are white hot and you fight for your dream with every ounce of power you can scrape by with. You will let nothing cause you to quit pursuing “the dream”. You have been CHOSEN. Your soul has been set on fire and you pursue it, until it flies into your reality. You bring your dream home.

“The most powerful weapon on earth is the human soul on fire”  – WOCAOO.com

One of my favorite movies is “Under The Tuscan Sun” and it tells the story of a woman who sets out to bring her dreams of family into reality. At the end of the movie, she has everything she dreamed of – funny thing though, it wasn’t how or what she expected it to be. So just remember when you have this dream that sets your soul on fire, be open to the reality it might take to be fulfilled.

“Don’t tell a girl with fire in her veins and hurricane bones what she should and shouldn’t do.  In the blink of an eye, she will shatter that ridiculous cage you attempted to build around her beautiful bohemian spirit”  – Melody Lee

See more at my friends blog about her story:https://diamondstodiapersblog.wordpress.com/…/good-things-…/

A Strong Woman is the full Circle 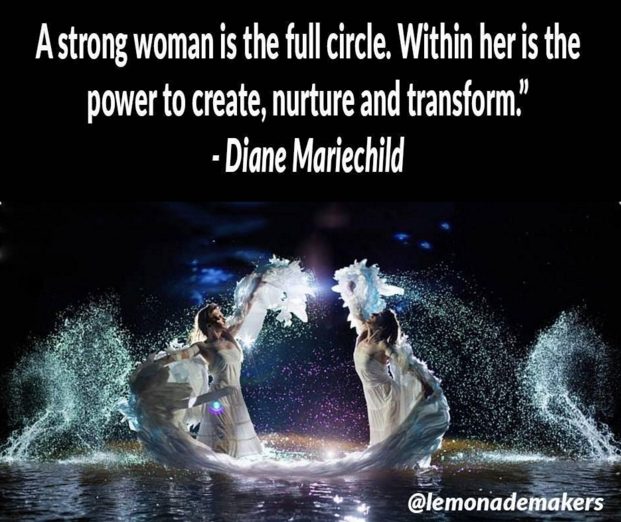 Strong women know that sometimes we just need to sit with the questions until a direction is clearly revealed.

Strong women can sit with another woman in the silence without needing to say anything to break the tension.

Strong women know that when another woman is venting she doesn’t want anything to be fixed, she just needs someone there to witness the removal of the splinter that is causing her pain.

Strong women know that they must make their own light. And if as it sometimes happens that their light goes out, another sister will be there to share hers, until we are strong enough to relight our own.

Strong women know that when the light goes out, we are facing the day, when we question everything. When something so tragic happens that all of our foundations crash into dust.

This is the day of transformation which strips away the old way of being. No longer trying to be what others want us to be, we accept “us” without reservations or restrictions.

We value who we are, no matter what anyone else thinks.
We forgive ourselves completely.
We trust ourselves wholeheartedly.
We are brave enough to love ourselves just as we are, perfectly imperfect.
We empower ourselves to fully embrace our intuition.
We begin to live our life being the wonderful creation we are.

How Does One Become A Butterfly? 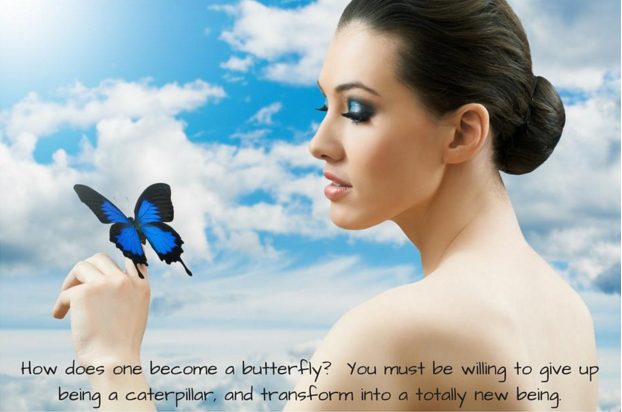 A caterpillar must endure a season of isolation before it turns into a butterfly.  Embrace the time you have alone, it will only make you stronger.

Life is a journey of learning and discovery.  As young children we take in everything we can learn.  We are authentically ourselves.  Somewhere along the line of growing up, we learn to hide who we really are.  To keep ourselves safe.  To avoid ridicule.  To be the perfect person, so that we will be loved.   We have many reasons why we start hiding.  But there comes a time in our life, when we realize that in order to be truly happy, we have to transform back into who we really are.  We need to become the person we were created to be.

Butterflies can’t see their wings.  They can’t see how truly beautiful they are, but everyone else can.  People are like that as well.

Transformation gives you the chance to rewrite the story of who you are and who you are capable of being. There are many things in our life that we give negative meanings to. But what if you gave pain the definition that it shows you that which is not for you? This would be a positive thing to know – what doesn’t belong to me or my life. Envy is another word that has a bad rap. What if envy simply shows you things which you may wish to empower in your life? That would be a great thing to know – things I want in my life and can empower myself to obtain.

To be nobody but yourself is a world which is doing its best, night and day, to make you everybody but yourself – means to fight the hardest battle which any human being can fight – and never stop fighting.

The being that is forming in the cocoon is no longer a caterpillar. For the caterpillar the past is truly a place of reference. It can no longer live there, because that body is gone. Within the cocoon the caterpillars body literally melted into goo, and then formed a totally new body. As the butterfly’s body grows into its new shape, it becomes cramped as the wings want to expand out. It isn’t a place of residence for the butterfly, so it has to break loose and spread it’s wings and find a new home.  Even though everyone who knew you as a caterpillar is expecting you to still be a caterpillar, you can’t go back.  You have to fight to go forward, staying true to who you now are.

I tell you this to break your heart, by which I mean only that it break open and never close again to the rest of the world.

The butterfly had to break out of the old place of residence and begin a brand new journey, where everything is experienced for the first time. It must break open its heart to begin this journey, because it has to trust its intuition for flying, for finding food, for making a new home. Literally everything for the butterfly is a brand new experience.  You have to have the courage to follow your own heart and intuition.

You will know you made the right decision when you pick the hardest and most painful choice but your heart is at peace.

Transformation is a scary business. Because I am a perfectionist, I hate doing something new for the first time. I am doing the best I can with my posts, knowing that I will have spelling errors or grammar mistakes in my writing. I can proofread this a dozen times and the minute I publish I find something I missed. When I sponsor the post, I can’t make any changes, so anything I missed becomes a permanent part of the post. I am living with being imperfect in order to just get the post out there.

You can’t connect the dots looking forward; you can only connect them looking backwards. So you have to trust that the dots will somehow connect in your future. You have to trust in something — your gut, destiny, life, karma, whatever. This approach has never let me down, and it has made all the difference in my life.

When we listen to our intuition, we are right where we are meant to be.  We can impact the people that we share the world with.  It may be a tiny corner of the world.  Or we could be like a comet and affect the entire world as we fly through the night sky.  It isn’t up to us to say how much of an impact we will make.  It is up to us to live life as fully as we can.  To follow the dreams that have been written in our hearts.  To break out of the comfort zone and spread our wings and fly.  It doesn’t even matter if we know where we are or where we are going.  It only matters that we fly.  That we soak up the sun.  The we soar with the breezes.  And if we can do that, then whatever we leave behind will be sufficient. 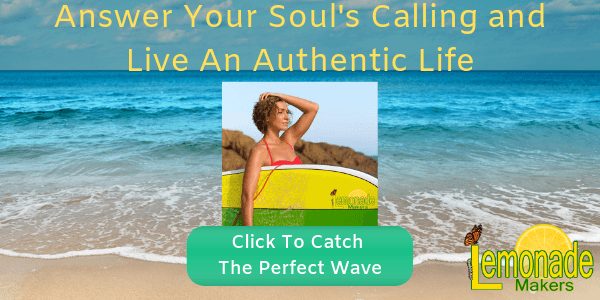